Alectos Therapeutics is a private pharmaceutical company dedicated to the discovery and preclinical development of novel small-molecule therapeutics for neurological diseases. Alectos focuses on identifying and developing innovative disease-modifying strategies to address complex neurological conditions for which there are no effective treatments, including Alzheimer’s disease and Parkinson’s disease.

The Alectos pipeline is directed towards the development of new agents to treat patients living with neurological disorders. Our glucocerebrosidase 2 (GBA2) program represents a disease-modifying strategy to correct lysosomal dysfunction in neurodegenerative diseases, including Parkinson’s disease and Niemann Pick type C disease. This program has recently been partnered with Biogen. Our O-GlcNAcase (OGA) program focuses on the development of therapies to prevent the accumulation and spread of toxic protein aggregates in the brain. Alectos partnered with Merck to pioneer the development of the first OGA inhibitor to enter clinical studies. This program has now returned to Alectos, and we are applying our broad intellectual property and deep knowledge in this space to advance our novel OGA inhibitors as disease-modifying treatments for neurodegenerative diseases including Alzheimer’s disease, frontotemporal dementia, and ischemic stroke. We welcome partnership inquiries regarding our OGA inhibitor program. 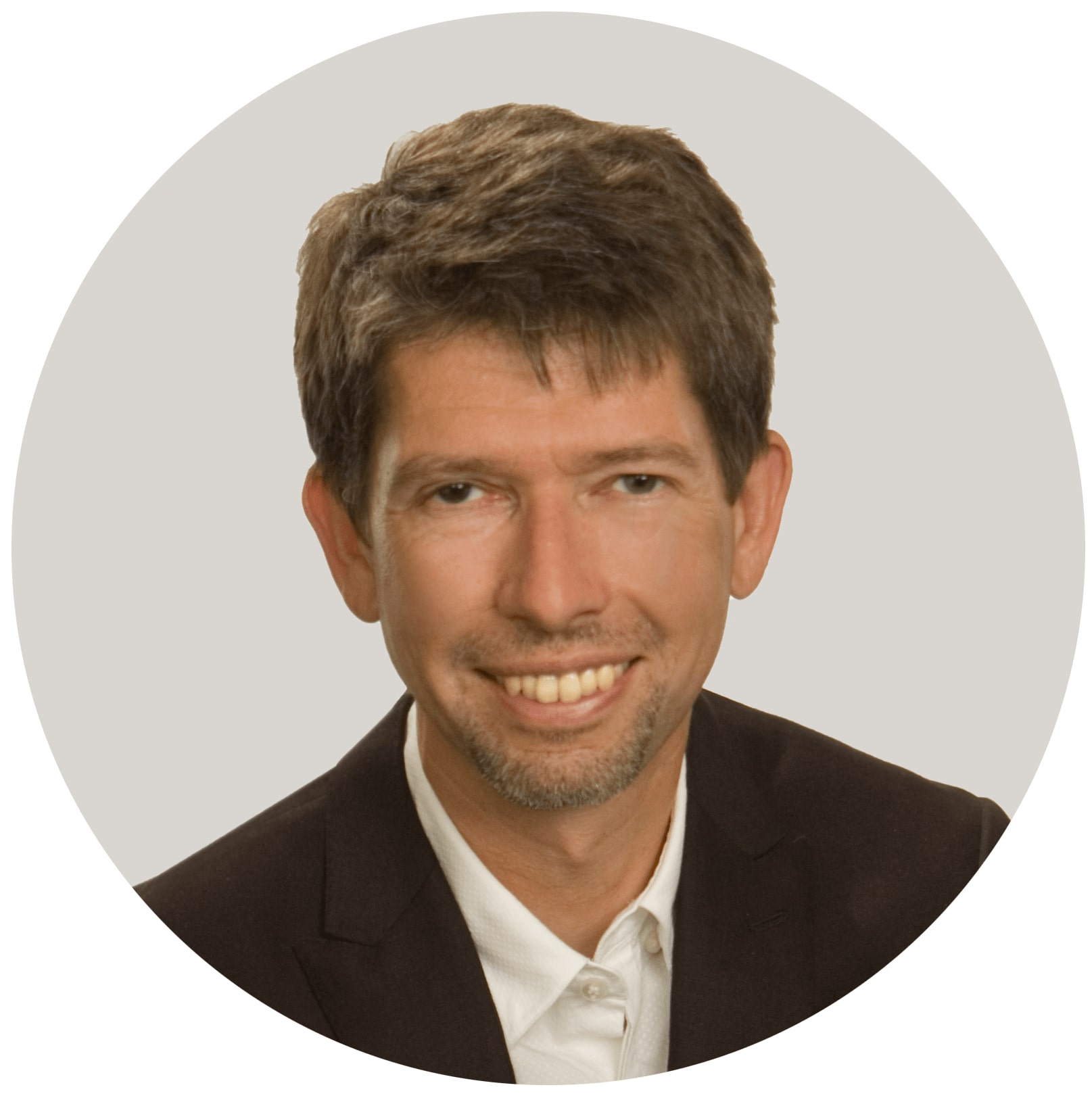 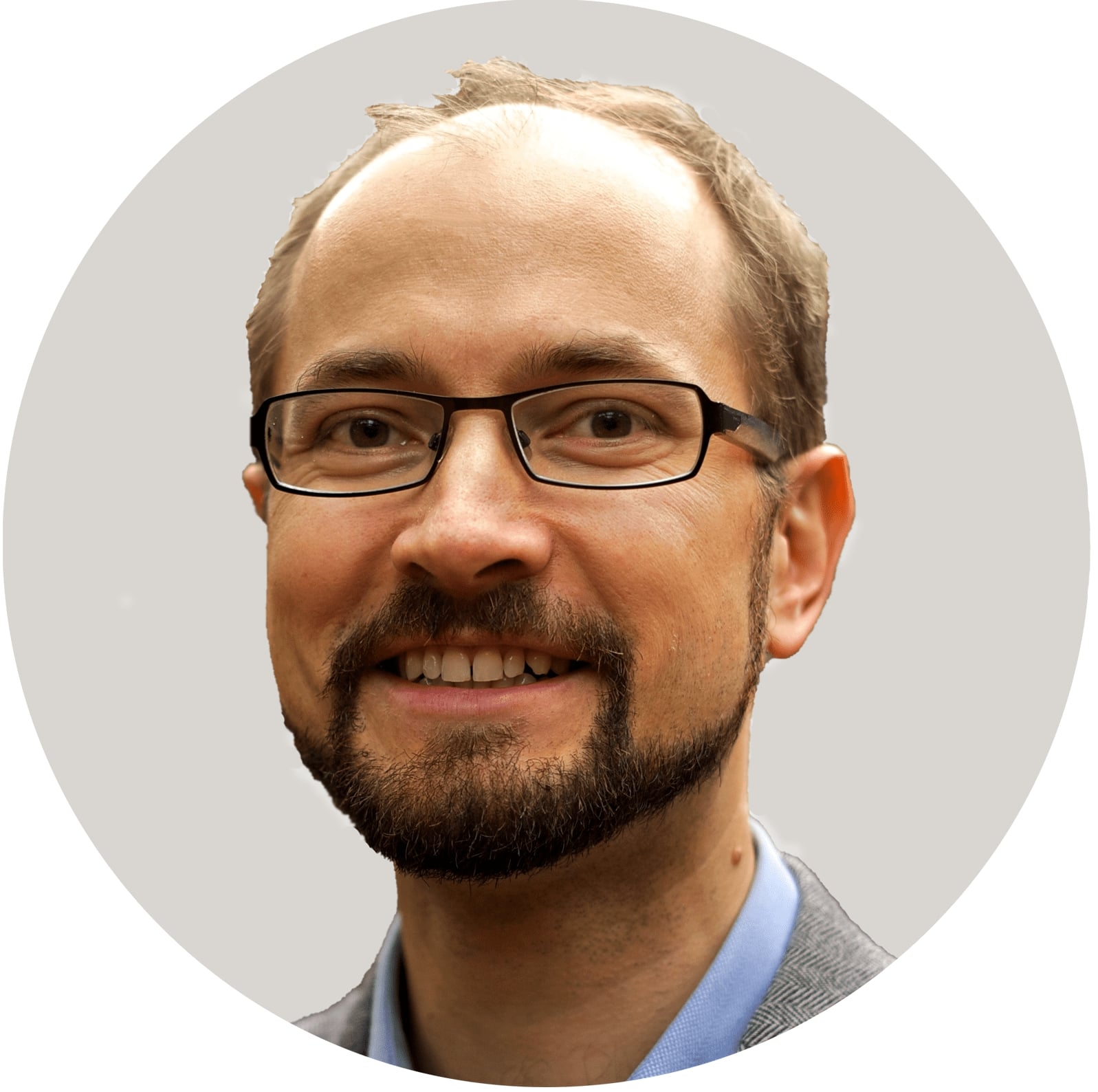 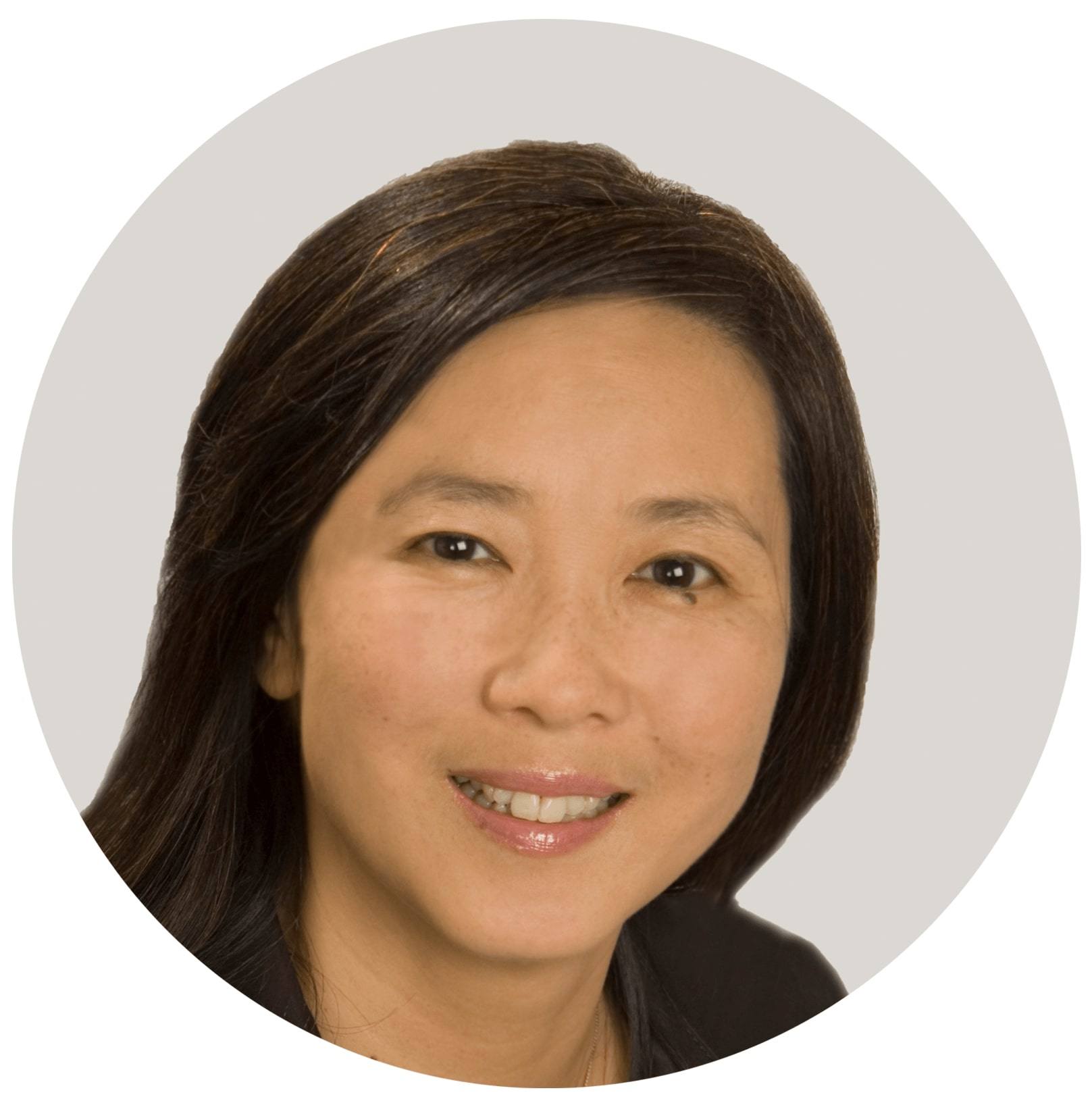 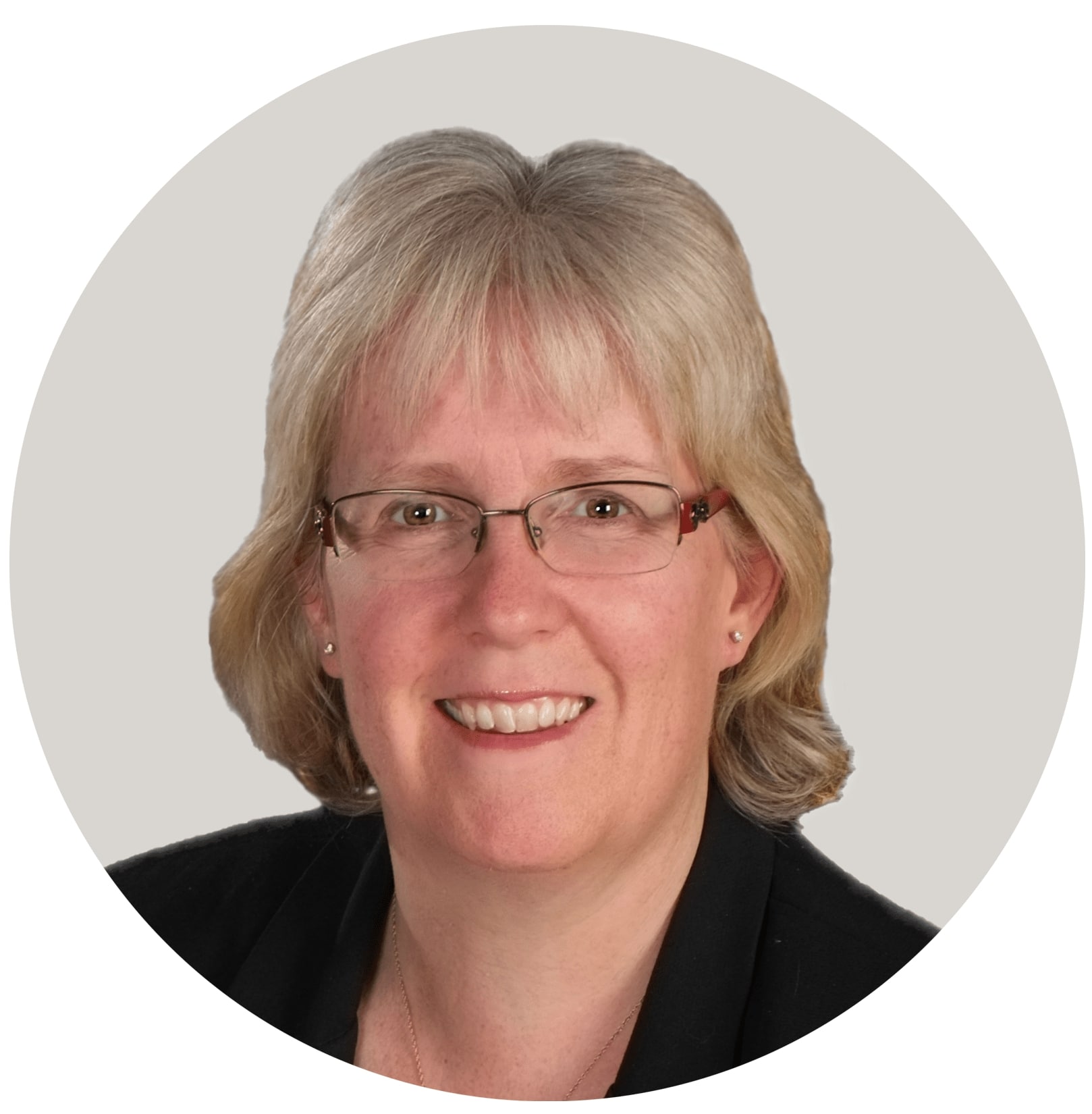 Dr. McEachern received his PhD from UBC in synthetic organic chemistry and carried out post-doctoral studies at Stanford University. Dr. McEachern has over 20 years of experience in the pharmaceutical industry. He served in various capacities at AnorMED Inc. including leading a team in preclinical development of CXCR4 and CCR5 chemokine receptor antagonists as HIV entry inhibitors. These efforts culminated in phase 2 clinical evaluation of the lead candidate AMD070. Dr. McEachern is a co-founder of Alectos Therapeutics and has directed the scientific and business activities leading to license and research collaboration agreements between Alectos and pharma partners including Merck & Co., Inc. and Biogen. He is President, and Chief Executive Officer of Alectos Therapeutics and has served as a member of the Board of Directors since founding of the company. Dr. McEachern is co-author on over 80 publications and patents.

Dr. David Vocadlo completed his PhD at UBC in enzymology and carbohydrate synthesis. Following postdoctoral studies in chemical biology at the University of California at Berkeley, Dr. Vocadlo joined the Department of Chemistry at Simon Fraser University (SFU). Dr. Vocadlo is a Tier I Canada Research Chair in Chemical Biology and a Fellow of the College of New Scholars and Scientists of the Royal Society of Canada. He is a professor in the Departments of Chemistry and Molecular Biology and Biochemistry at Simon Fraser University. Dr. Vocadlo is a leader in understanding the mechanism of action of carbohydrate processing enzymes and using this information to interrogate these enzymes in biological systems. His research has focused on using a combination of chemical and biological approaches to study carbohydrate structures and to decode their roles in health and disease. Dr. Vocadlo is a co-founder of Alectos and is the Chief Scientific Officer and Chair of the Scientific Advisory Board. He has served on the Board of Directors since founding the company. Dr. Vocadlo has received numerous awards, including Canada’s Top 40 Under 40, and is an author of over 140 scientific articles and patents.

Dr. Zhou completed her doctoral studies in the field of organic chemistry at the University of Alberta. She received postdoctoral training at Florida State University with Prof Holton where she contributed to the total synthesis of Taxol. Dr. Zhou brings over 20 years of diverse experience in small molecule drug discovery having held positions at Neuromed and AnorMED, where she led efforts to discover preclinical candidates for treatment of neuropathic pain, epilepsy, and HIV. Dr. Zhou joined Alectos Therapeutics in 2009 as the Director of Medicinal Chemistry. She is co-author on over 55 publications and patents.

Dr. Mosi received her PhD from UBC in enzymology and protein biochemistry. With over 20 years of experience in pharmaceutical drug discovery and management, Dr. Mosi has expertise in disease target discovery, validation, high throughput screening, and ADME. In her various roles at AnorMED, she was involved in validation and preclinical assessment of biological targets that ultimately resulted in identification of several new drug candidates as potential therapeutics for HIV and cancer. As project manager at AnorMED, she led interdisciplinary teams in the clinical development of its HIV entry inhibitor candidates. Dr. Mosi joined Alectos Therapeutics in 2010 as a Project Manager where she is responsible for the supervision and day-to-day management of the company’s biological research and coordinating external studies. She is a co-author on 24 publications. 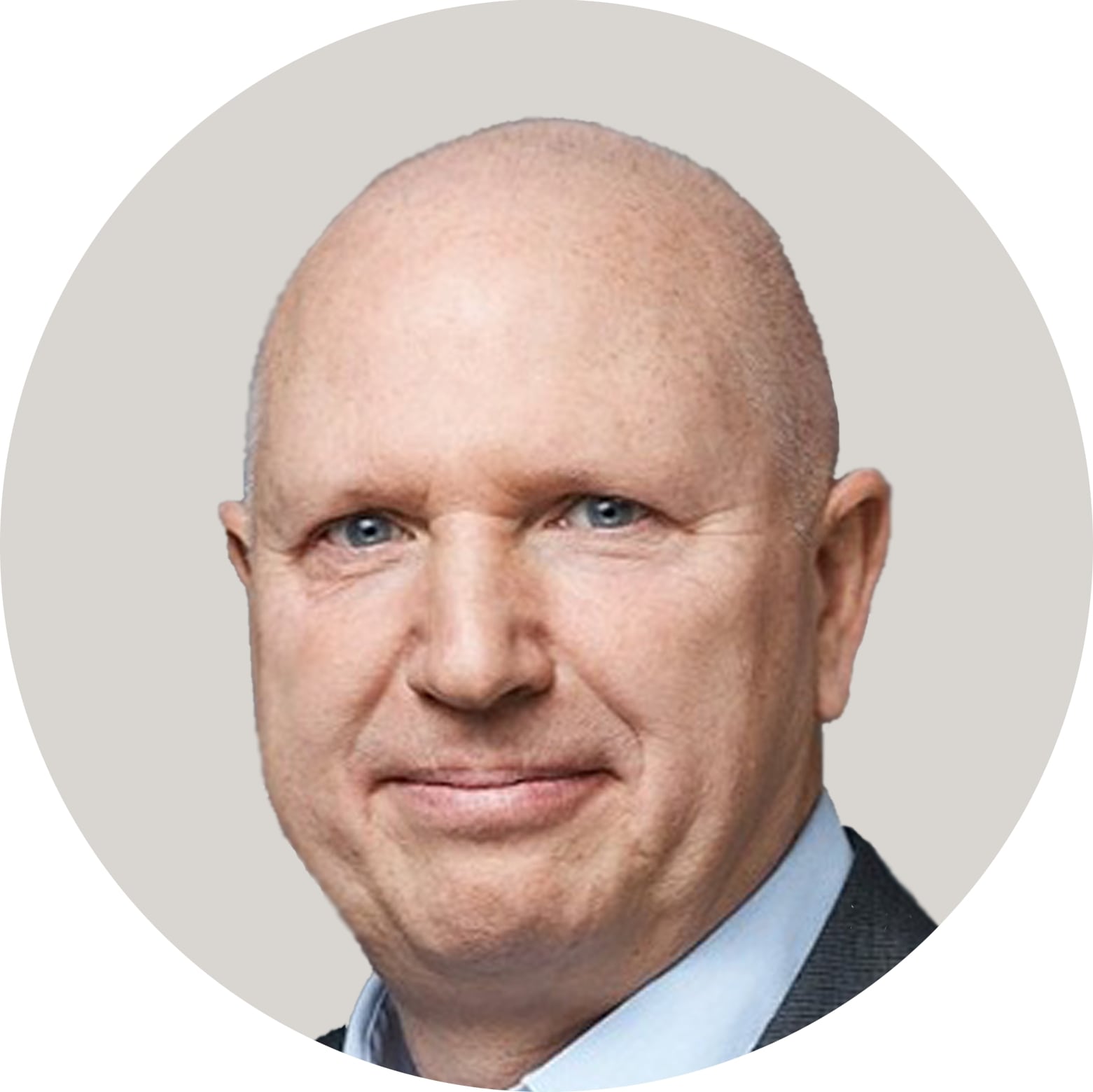 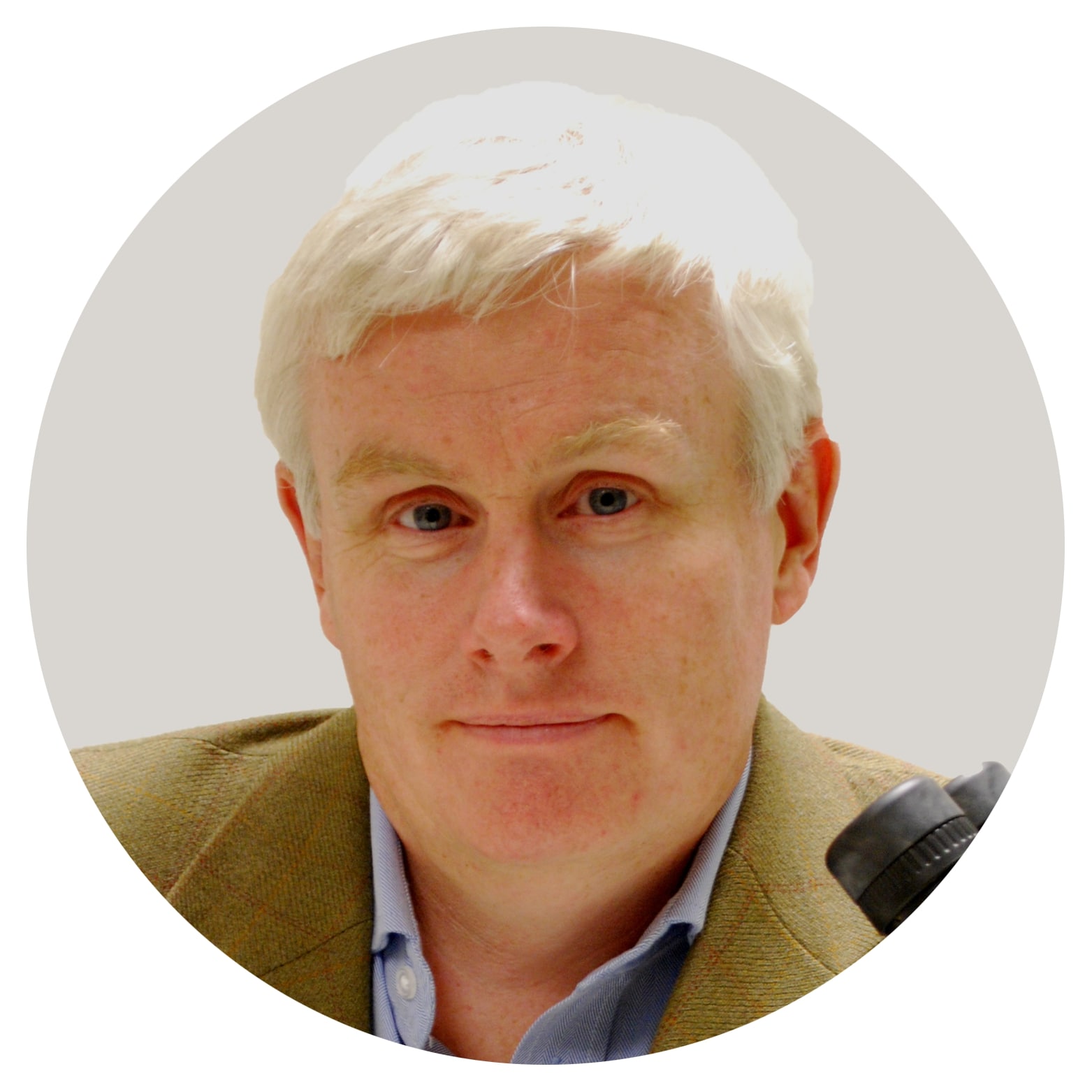 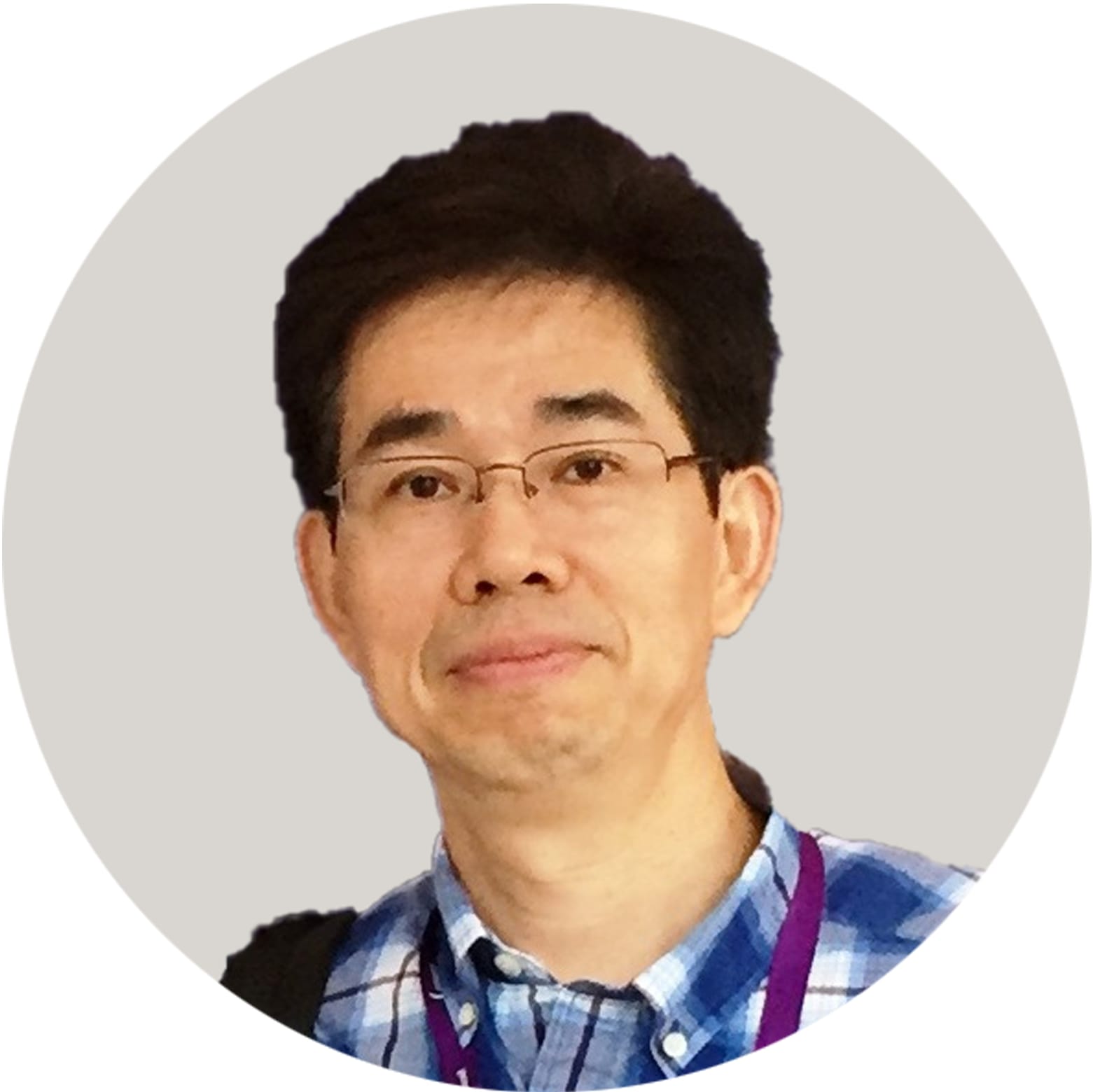 Dr. Bridger completed his PhD in synthetic organic chemistry at the University of Manchester Institute of Science and Technology (UK) and subsequently completed a post-doctoral fellowship at Boston College. Dr. Bridger worked at Johnson Matthey, aiding the development of Atiprimod, currently in clinical trials at Callisto Pharmaceuticals. Dr. Bridger co-founded AnorMED Inc. and served as Vice President of Research and Development and Chief Scientific Officer. He was responsible for research, development, and clinical programs within AnorMED; a leading company in the development of chemokine receptor inhibitors for a variety of disease applications. He was responsible for the development of AMD3100 (plerixafor, Mozobil™), a new stem cell mobilizing agent for treatment of multiple myeloma and non-hodgkins lymphoma patients, including the design and completion of two randomized phase 3 clinical trials. In 2006, AnorMED was acquired by Genzyme for US $600 million and Mozobil was approved by the US FDA in 2008. In 2010, Dr. Bridger became a Ventures Partner at Ventures West, a venture capital partner investing in early-stage technology companies, and subsequently became Managing Director at Five Corners Capital. Dr. Bridger has also served as Executive Vice President of Research and Development for Xenon Pharmaceuticals. Dr. Bridger has served on the boards for several biotechnology companies including Expansion Therapeutics, Liminal Biosciences, and X4 Pharmaceuticals. Dr. Bridger is an inventor on 40 granted US patents and is an author of more than 90 scientific publications

Dr. Davies completed his PhD at the University of Bristol. Dr. Davies carried out post-doctoral studies at the European Molecular Biology Laboratory (EMBL) Hamburg outstation and the University of York. He carried out extended periods in Hamburg, Grenoble and Uppsala, and returned full time to York with a Royal Society University Research Fellowship. Dr. Davies is a full professor and “40th Anniversary Professor” of the University of York. He has received numerous academic awards and his exceptional contributions to the study of carbohydrate processing enzymes were recognized through his election as a Fellow of the Royal Society in 2010. Additionally, Dr. Davies was made a Royal Society Ken Murray Research Professor in 2016 and was recently renewed for a further five year term.
Dr. Davies is a leading expert in the structural biology of carbohydrate processing enzymes. His research interests are in the use of X-ray crystallography and enzymology to study the biology of carbohydrate processing enzymes and their accessory domains. He has advanced the conformational pathways harnessed by enzymes to effect catalysis and noted how this knowledge can be used to design inhibitors. Dr. Davies has published over 350 scientific papers.

Dr. Cheng-Xin Gong received his medical degree from Xianning Medical College and an M.S. degree in Biochemistry from Tongji Medical University. Dr. Gong carried out postdoctoral research on the molecular mechanisms of Alzheimer’s disease. Dr. Gong is the Head and Director of the Brain Metabolism Laboratory at the New York State Institute for Basic Research in Developmental Disabilities. He is also an Adjunct Professor at the Graduate Center of the City University of New York.
Dr. Gong investigates the molecular mechanisms of neurodegeneration in various brain diseases, especially in Alzheimer’s disease. He has made significant contributions to the understanding of the role of protein phosphatases in Alzheimer’s disease and other tauopathies. He was the first to demonstrate a down-regulation of protein phosphatase 2A in Alzheimer’s brains and its role in the abnormal hyperphosphorylation of tau and neurofibrillary degeneration. He has forwarded a hypothesis explaining the mechanism by which impaired brain glucose uptake contributes to neurodegeneration. Dr. Gong is a leading expert in Alzheimer’s disease, neurodegeneration, protein phosphorylation, protein glycosylation, and signal transduction. He has authored over 250 scientific publications.

Dr. Robert Young received his Ph.D. from the University of British Columbia, and continued postdoctoral studies at the Imperial College of Science and Technology, the University of Adelaide and the University of British Columbia. He was a Research Associate at the Institut de Chimie des Substances Naturelles in Gif-sur-Yvette, France. He worked in various capacities with Merck Frosst Canada & Co. He was Vice-President and Head of Medicinal Chemistry at the Merck Frosst Centre for Therapeutic Research before joining SFU in 2007. Dr. Young is currently a Professor of Chemistry and the Merck Frosst-B.C. Discovery Chair in Pharmaceutical Genomics, Bioinformatics and Drug Discovery in the Chemistry Department at Simon Fraser University.
His current research is focused on the design and use of novel pharmacological probes and proof of concept molecules for the discovery and validation of new drug targets. He was also director of the Division of Medicinal Chemistry of the Center for Drug Research and Development and consults for a number of pharmaceutical companies. Dr. Young’s career has focused on the design and synthesis of novel drugs for asthma, inflammation, osteoporosis and related diseases and he is most noted for his part in the discovery of the asthma drug, Singulair™. Dr. Young is a member of the Order of Canada and a Fellow of the Royal Society of Canada, and his academic and professional honours and affiliations are numerous. Dr. Young is an author of more than 160 publications, review articles and patents.